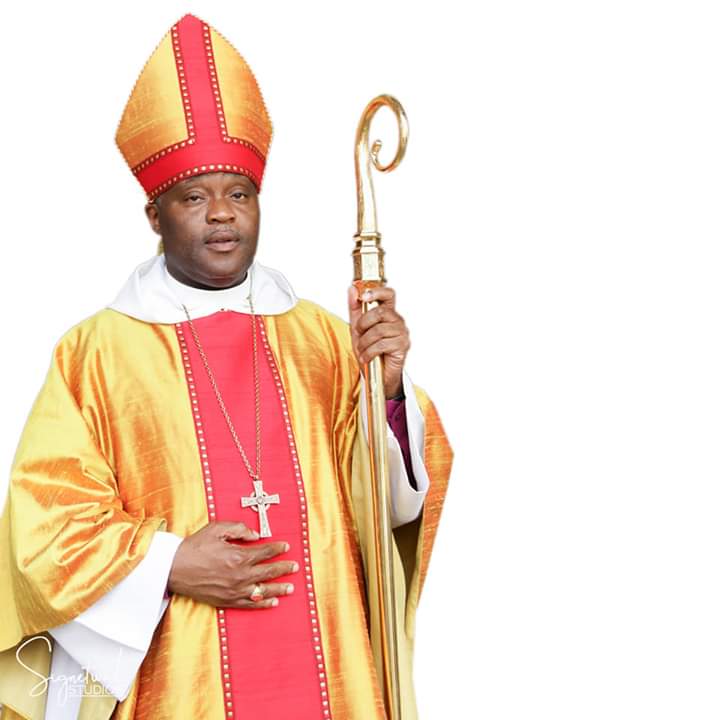 It was interesting watching the Rt. Revd. Akinpelu Johnson reel out with relish names and dates (in chronological order) of the Johnsons who have made significant contributions to the growth of the Anglican Church, such that the family name is almost synonymous with the history of the Church of Nigeria.
He had himself chronicled the tradition of missionary work in the family in a landmark historical book entitled, “As for me and my House… The Story of a Levitical Dynasty”, published in 2007.

The history spanned four generations over some one-and-a-half centuries or thereabouts, starting with Henry Johnson (alias Erungun-Jin-Mi) “who was captured a slave but who through this found perfect freedom in the service of the Lord Jesus Christ”

Henry Johnson, whose nickname Erugun-Jin-Mi means “slavery has favoured me”, died on February 10, 1865 and was buried in the cemetery sited within the premises of the St. David’s Cathedral, Kudeti in Ibadan.
His son, Henry Johnson Jnr (alias Eloquent Johnson) was born on November 10, 1840 in Sierra Leone and made a deacon on December 23, 1866. A year later (December 22, 1867), also in London, he was ordained a priest.

The Rev. Henry Johnson Jnr. later served as Vicar at St. Paul’s Church, Breadfruit and as Principal of CMS Grammar School in succession to the Revd Babington Macaulay who died suddenly. He was later preferred an archdeacon and transferred to the Upper Niger Mission, serving under Bishop Samuel Ajayi Crowther.

Nathaniel Johnson, born in 1844 in Sierra Leone next to Henry Johnson Jnr., came to Nigeria with his father Henry (Snr) in 1858 along with David Hinderer, the renowned missionary who is remembered for the great work of evangelism he did in Ibadan along with his wife, Anna.
Having been engaged in mission work for 13 years, Nathaniel was ordained a priest on March 2, 1879. He served at Palm Church Station (which he renamed St. John’s, Aroloya) for 31 years (1870-1901). During the commemoration of its 150th-anniversary celebration in 2002, the church named its new vicarage after Nathaniel. He died in 1902, while working as a catechist in St. David’s Church, Kudeti, Ibadan, but his son Horatio became a clergyman and served as a vicar in the same church.
Nathaniel Johnson became Archdeacon of Lagos in 1919 and died two years later, on August 15,1921.

The third generation of the Johnsons is heralded by Horatio Victor Emmanuel (HVE), one of the sons of Nathaniel Johnson. He later became a clergyman and served at St. John’s, Aroloya (1922-1930), having been preferred a canon. He died on November 16, 1941, four months after his 60th birthday.

In the fourth generation is the Very Revd. Samuel Hugh Akinsope Johnson, the last of four sons of the Rev. Canon HVE Johnson and Mrs. Olympia Ruby Adenite Johnson. She was the daughter of the Revd. J. S. Williams, Vicar of St. Jude’s Church, (now Cathedral), and granddaughter of the Revd. William Odusina Moore, of the first Egba clergymen. Sope Johnson (as he is more commonly known) was born at St. John’s Vicarage, Aroloya. After completing primary and secondary education in Lagos, he jetted out to the UK in 1949 to study engineering but after only a year found he was cut out for priestly duties.
He was made a deacon at St. Paul’s Cathedral, London in 1955 and ordained a priest the following year.

Upon his final return to Nigeria in November 1962, the Rev. Sope Johnson joined the service of the Nigerian Broadcasting Corporation from where, in 1970, he was installed Provost, Cathedral Church of Christ, Lagos. He was in that position for 25 years before his retirement in 1995.

Destiny, it was, that took his son, Babatunde Colenso Akinpelu Johnson to occupy the position of Provost of Christ Church Cathedral, Marina, in 2009, many years after he left. By his election as Bishop, the Very Revd. BCA Johnson has thus created a record as the first direct descendant of the Johnson family to beoome a bishop.

The Very Revd. Babatunde Johnson was born on May 16, 1965. The third among four children, Akinpelu had his primary school education at St. Mary’s Private School, Ajele, Lagos and went on to St. Gregory’s College, Obalende, Lagos. His secondary education was completed in Sutton Valence School, Maidstone, Kent where he obtained his ‘O’ and ‘A’ levels

n 1987, he was admitted to Immanuel College of Theology, Ibadan, where he obtained the Diploma in Theology and Religious Studies. He was made deacon on the 24th of June, 1990 by the then Rt. Revd. (later The Most Revd.) J. A. Adetiloye (Bishop of Lagos Diocese, Archbishop of Province I, Primate and Metropolitan, Church of Nigeria) and served as deacon in St. Paul’s Church, Breadfruit, Lagos. After his ordination to the priesthood on the 23rd of June, 1991, he returned to the UK to study for a degree in Theology at King’s College, London. His father had earlier before him studied there, 1958-61.
Akinpelu Johnson returned to Lagos in December 1995 having obtained a BA in Theology and MA in Christian Ethics.

In January 2004, the Very Revd. Akinpelu Johnson again returned to the UK for further studies at the University of Kent in Canterbury and obtained an MPhil degree in Theology. On his return from the UK in 2006, he was made Archdeacon of Apapa and Vicar of Christ the King Anglican Church, Ajegunle. The Bishop served as Archdeacon there till December 2009 when he was appointed as Provost of the Cathedral Church of Christ.

On the 1st of June, 2016, he was elected Bishop of Lagos Mainland Diocese, with headquarters at the Cathedral of St. Jude, Ebute-Meta.

The Rt. Revd. Akinpelu Johnson is married to Olabo Deborah Finuhanmi and they are blessed with a daughter, Henrietta Firefola Oyinkansola